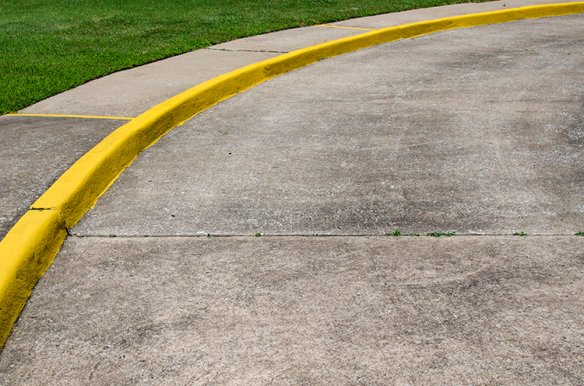 Part of a photo series, A Cautionary Tale, by the author which can be found here: http://bit.ly/2wEEHd2

Stories, at least classical stories, tend to follow what people who study stories call a narrative arc. If you took a high school literature class—and stayed awake for enough of it—you may remember the term “dramatic structure.” From the time of Aristotle, a story studier himself, the form was considered to be a beginning, a middle and an end. So maybe you didn’t have to be as smart as Aristotle to figure that out, but nonetheless, he got the ball rolling on the idea of literary analysis.
The version of Aristotle’s idea that your high school teacher taught you is likely the one conceived in the 19th century by a German novelist named Gustav Freytag. Now Gus had his problems. His most famous work was a novel called Debit and Credit which extolled the virtues of the German people (so far, so good) in contrast to Jews and Poles. Oy! But his literary theory—thankfully less anti-Semitic—caught on. It went something like this:
1. Exposition. This section presents the stuff you need to know for the rest of the story to make sense. The setting, the main characters, a little about the back story, etc.
2. Rising Action. This is where a series of unfortunate (or fortunate) events cause conflict, build tension, and lead inexorably toward part three, the climax.
3. Climax. This is the main point of the story. The lead character, the protagonist, steps up, becomes the hero, or maybe just fixes the problem. Sometimes it goes the other way, the lead character fails. That version is called a tragedy. Sometimes the protagonist defeats the antagonist, but the antagonist doesn’t fully realize it yet, which sets up the rest of the story.
4. Falling Action. In this part of the story the protagonist continues to struggle against the antagonist, which may be a person or maybe just an idea. The final outcome may still be in doubt, but the battle continues with varying degress of intensity.
5. Dénouement. You can call it a resolution or a revelation (my favorite). I just always like the sound of the word “dénouement.’ In this part of the story, conflicts are resolved, things either go back to normal in which everyone lives happily ever after or they move on to a new normal, with just enough tension to suggest there is more to the story with hints of a possible sequel.
That’s a pretty simplisitic understanding of a narrative arc, and probably more dependent of modern movie economics, than Gus Freytag. But it is a pretty common way stories unfold.
Even before Aristotle, there were stories. In fact, long before Aristotle, stories were the primary way that historical knowledge was passed from person to person and generation to generation. The Bible, even before it was written down, was that kind of collection of stories. Each of those stories has its own narrative arc, a lot like your high school teacher would have described. (At least if you went to high school back when it was still acceptable to talk about the Bible in class, which kind of raises the question of why, exactly, can we still discuss the notorious anti-semite, Freytag’s theory, but we can barely mention the Bible in a school.)

For the most part the Bible is a collection of stories that go something like this:
Part 1
God does something wonderful for his people. Something like: Creating an entire universe for them to live in;
Putting them in an exquisitely beautiful garden with an even more exquisitely beautiful partner;
Delivering them out of slavery in Egypt by parting the Red Sea; Providing food for them in the wilderness that they didn’t have to grow; Outfitting them with shoes that didn’t wear out in 40 years;
Leading them into a land of milk and honey, which always sounded kind of sticky to me and very likely to attract bees. But if you lived in the ancient near east it probably sounded like the Promised Land to you.
Part 2
They faithfully follow him until they get rebellious or tired or just plain stoopid.
Part 3
God lets them have their way even though he knows things are not going to end well.
Part 4
Bad stuff happens.
Part 5
He calls them back and, often reluctantly, they call on God again.
Part 6
He forgives them, rescues them and takes them back.
Part 7
Finally God sends his own son to die for them, making it possible for them to receive eternal life and a brand new heart, one that loves God and desires to do his will—not out of duty or fear but for the sheer joy of participating in the life of the all good and all beautiful creator and sustainer of the universe.

Repeat parts 1 through 6 as often as necessary until you get it through your skull (and your heart) that God really, really, really loves you—so get over your bad self.

Literally, get over your bad self. That’s where part 7 comes in. It is his major work in you and it is a work in progress. Philippians 1:6 says, “God, who began the good work within you, will continue his work until it is finally finished on the day when Christ Jesus returns.”

To sum that up, here’s the way the story goes: God is good. He does good stuff. We don’t believe it. We rebel. We fail. He calls us back. We repent. He restores. And he is ushering in a kingdom where that restoration is permanent.

That’s my story. And it is probably yours.

I have had opportunity after opportunity to see first hand how God works all things together for good, for those that love him (however imperfectly) and are called according to his purposes. He has taken the gifts he has given me and placed me in situations where he wanted me to use them. Those situations have seldom looked like what I might have expected or planned, but that is just a reminder to me that this story is ultimately not about me, it’s about him.

I look at all the ways I wandered and I don’t really know why God allows that. But to be honest, I’m almost glad he did. It probably has something to do with what Paul talked about in Ephesians 2: “For it is by grace you have been saved through faith, and this not from yourselves; it is the gift of God, not by works, so that no one can boast. For we are God’s workmanship, created in Christ Jesus to do good works, which God prepared in advance as our way of life.”

That may be my favorite verse in the Bible. (It’s pretty hard to pick just one.) I always like to remember that the word “workmanship” in that passage is the Greek word “poiema.” It literally means we are God’s poetry. It makes me think about the book John refers to in Revelation 13:28 and again in 21:27 as “the Lamb’s book of life.” Traditionally, we have tended to think of it as a ledger. Enough credit (good works, right?) in one column and you get to stay in heaven. Too much sin in the other column and you drop through a hole into a lake of fire.

But what if it is a book of poetry?